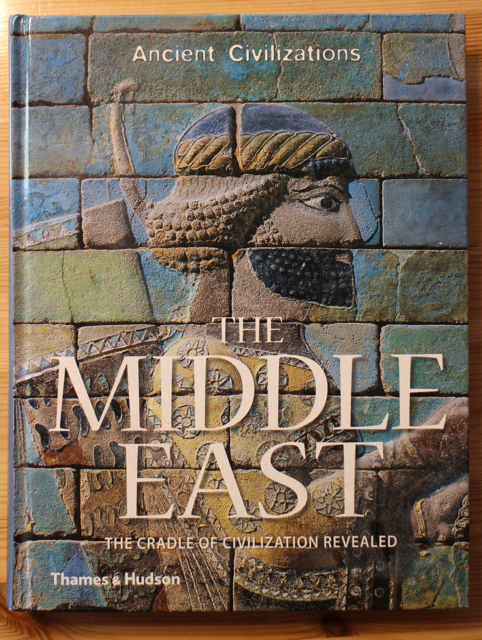 The Middle East - The Cradle of Civilization Revealed.

Here is an authoritative, detailed and accessible view of the history and peoples of the ancient Middle East. It is divided into six easily navigable parts arranged chronologically, and then into chapters exploring the history, religion, political and social organization, art, science, and architecture of the peoples of the region. The text is illustrated with detailed maps and photographs, enabling readers to visualize the ancient places and peoples described, making it the perfect home reference and study aid, as well as a good read for the interested layman.
Table of Contents
Introduction • The Fertile Crescent: Birthplace of Agriculture • Mesopotamia: The Cradle of Civilization • Power Struggles: Kingdoms at War • Masters of the Known World: The Age of Empires • Under Occupation: Hellenistic and Roman Conquerors Search for Origins: The Rediscovery of the Middle East