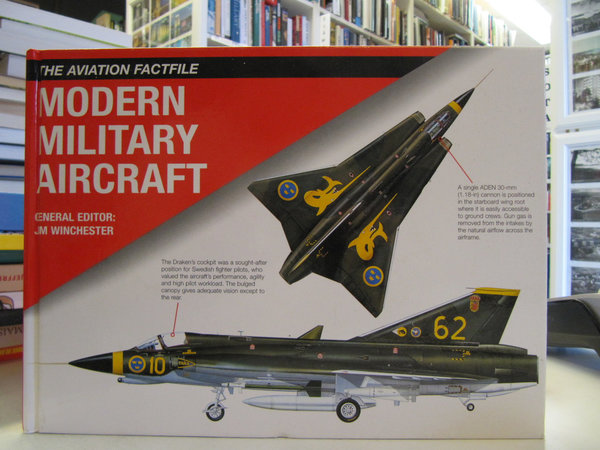 Modern Military Aircraft is a comprehensive guide to the world's fighting aircraft since World War II, from the earliest jet fighters and basic piston-engined bombers, to today's high-tech and stealthy superfighters. Aircraft featured include the F-86 Sabre, which fought its way to convincing victory over Russia's MiG-15 in the world's first jet-versus-jet battles in Korea; the Grumman F-14 Tomcat, the deadliest fleet fighter ever built, which has played an important part in the conflicts of the late 20th and early 21st centuries; Russia's export miracles, the Sukhoi Su-27 and MiG-29, currently in service with air arms across the world in an array of variants; and the Lockheed Martin F-35 Lightning II, combining supersonic performance with vertical take-off and landing capability. This book contains detailed features on more than 110 combat aircraft and helicopters from the past 65 years. Each aircraft is covered in detail, with feature boxes outlining its development, technical specifications, performance data, and variants.Unique graphics allow the reader to compare specific features like firepower, troop-carrying capacity, and bombload to those of other aircraft of the same type.